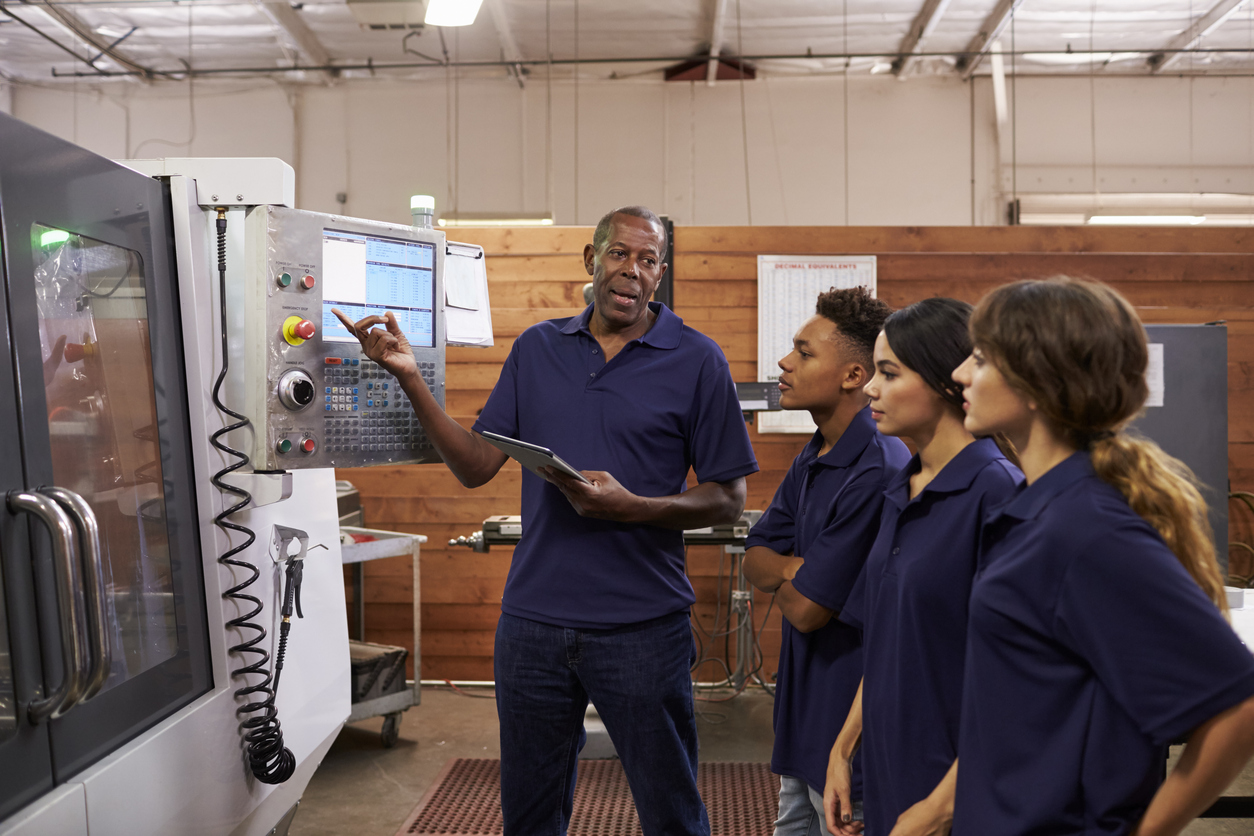 The American economic system is cruel in many ways, but perhaps the cruelest is the manner in which it intentionally consigns, as a matter of policy, several millions of our fellow citizens to unemployment. A person without employment faces a disaster of overwhelming scale: without a source of income in a money economy, shelter, food, transportation and every other necessity of life become unattainable. If the situation persists too long, chronic pauperization is distinctly possible. What’s more, these catastrophic practical problems bring in their train a host of equally severe difficulties on the psychological and social planes. Poor health, depression, marriage failure, violence and criminal behavior, suicide: these and many other serious ills strongly correlate with the distress brought on by unemployment.

Like a prophet crying in the wilderness, Dr. Jon Wisman, professor of economics at American University, has for over a decade been making a case for guaranteed employment, at a living wage, for all Americans who are willing and able to work. (An excellent summary of his ideas appears in the 2013 collection, The Job Guarantee: Toward True Full Employment.) Wisman has examined the issue of unemployment, and its relationship to inequality, from multiple angles—the historic, the statistical, the economic. But when Wisman speaks about his ideas, it seems to be the human cost, on the psychological scale, that most drives his passion for ending the scourge of unemployment.

“We don’t recognize adequately the horrors of unemployment,” he said when I had the opportunity to speak with him recently. “What it really does to people. It destroys their self-respect.” Wisman’s research has led him to the conclusion that, for most people, to have a social function—a job—is vital to one’s sense of self-esteem, to something Wisman calls “social respect.” To deny someone the opportunity to take part in the common work of building and maintaining civilization is to cast them into isolation, to deprive them of self-worth and the social connections by which—according to one of philosopher Friedrich Hegel’s key ideas—we define our very selves.

It is startling therefore that our current system is intentionally based upon the continual existence of millions of unemployed, even in the of best economic times. How? The Federal Reserve and other policy makers adjust the nation’s money supply in order to reach or maintain “full” employment. But the so-called full employment rate—4.5 percent, give or take—is obviously anything but full. We are said to be at “full” employment currently, but there are over seven million unemployed, millions more underemployed (part-time workers who would like to be working full-time) and many more millions who gave up the search during the post-2008 employment drought and are only now re-entering the job market.

The reason for this double-speak? Politicians and policymakers would rather herald “full employment” (it sounds so, well, bountiful) than to use a more honest description of their target employment rate—that level of unemployment at which further increases in the money supply will cause inflation. As Wisman puts it, we are only at full employment “if you define full employment as the amount of unemployment necessary to avoid the inflationary consequences of too much labor demand.”

The Fed could certainly increase the money supply, Wisman explains, to the point where there are jobs for all who want them. Unfortunately, the result would be inflation, inflation that would grow progressively more unpalatable the more the Fed attempted to reduce unemployment through injecting money into the system. If left unchecked, it could result in the social dysfunction of stagflation that plagued the 1970s. The upshot: true full employment cannot be reached by stimulating the economy with either monetary or fiscal policy.

Our perpetual pool of unemployed is known to economists as the “reserve army of labor.” Since the unfortunate members of this reserve are totally without income, they are not in a position to bargain about wages. Their unenviable situation deprives employed workers at the low-wage, low-skill end of the market of bargaining power as well, since employers can threaten to turn to the unemployed who, desperate for any job, are willing to work for even less.

As such, Wisman argues, the millions of unemployed, a built-in feature of our economy, suffer the disastrous consequences of unemployment in order that the rest of us do not suffer the effects of inflation. Workers at the low end of the skill scale suffer the secondary effect of inadequate wages. It is a tyranny of the majority—the employed with wages above the low-skill scale—over the voiceless but substantial minority who either do not have jobs or work at low-skill occupations.

The increased rate of technologically driven change—Schumpeter’s “creative destruction”—has brought a new urgency to the problems of both unemployment and inadequate wages for low-skill workers: an urgency we now see played out in working class angst turned toward nationalism and protectionism. Wisman sees the problems facing today’s workers largely in terms of education and training. A key line of his research traces how each historic increase in access to education—beginning with primary schooling in the 19th century, culminating with the vast surge of college admissions in the 1950s and 60s—both engendered social mobility and  leveled out income differences. He cites cross-national studies which show that this upskilling of a nation’s labor force is the most effective means not only of flattening inequalities but also of increasing overall employment rates.

Notably, it was during that period when organized labor was strongest—roughly the 30 years following World War II—that increasing educational opportunities greatly expanded the American middle class. Of the 90 percent in gains to household income which occurred between 1946 and 1976, 83 percent went to the bottom 90 percent of earners, only 20 percent to one-percenters.

All of these trends reversed after the mid-seventies. Coincident with the anti-labor regime heralded by the Reagan administration, the average workers’ share of productivity gains began to shrink. The period between 1976 and 2006 saw overall income gains of 64 percent, but now only 10 percent of these gains—not the 83 percent of the 1946-76 period—went to the bottom 90 percent of earners. It is no coincidence, for Wisman, that this period saw a weakening of public support for education and a doubling, in real terms, of the cost of attending college.

Skyrocketing tuition costs and daunting student debt burdens coincided with changes wrought by globalization and technological innovation to create a perfect storm for the average American worker. Just as college became less accessible, lifetime factory jobs with strong union protections, which required no special education at the entry level, were lost to outsourcing and robotization. The U.S. economy came to be based on the “innovation hubs” described by University of California economist Enrico Moretti in his book, The New Geography of Jobs. Once-reliable factory work was replaced by jobs requiring a college degree or other specialized training, on the one hand, or low-skill, low-pay, non-union service-sector jobs on the other. Unlike earlier eras in American history, when government actors stepped in to reskill American workers to meet new economic needs, our contemporary political leadership has failed to take action.

It is widely accepted that the workers of today and tomorrow will need to be lifetime learners; they should expect to acquire multiple sets of new skills as they move through their careers. The era where you learned everything you would ever need to know during “school years” is past. Public policy, however, has not caught up to this new reality. It has not provided the mechanisms by which workers will keep abreast of an ever-changing economy’s evolving demands.

Wisman proffers a direct solution both to the scourge of unemployment and our failure to properly reskill our workforce. Under Wisman’s proposal, every adult citizen willing to work will be guaranteed a job at a living wage, along with appropriate reskilling. The key is the government’s role as an “employer of last resort” (ELR). Those unable to find appropriate opportunities in the private sector will be employed by the government at a living wage, with skills training and educational enhancement provided as needed. The unemployed are not only thus spared the immediate catastrophe of losing their incomes; with enhanced skills they become more productive workers, enriching the nation’s store of human capital along with their own chances for satisfying employment.

“As the pace of Schumpeter’s creative destruction only increases,” Wisman says, “more and more of the training you receive as a young person will simply be inadequate. Sometimes you’ll be trained on the job and everything will be fine. Sometimes you won’t; the job will disappear because the firm will go bankrupt. That’s all part of the creative destruction of a free enterprise economy. But with this system, you’d never suffer the horrors of unemployment.” Wisman looks at citizens in the ELR program as a “holding tank—a retraining tank, to pick people up and fit them in if they don’t fit.”

Wisman’s ELR “holding tank” will serve the added purpose of ensuring living wages in the private sector economy. Since the program’s participants will not be forced to accept private sector jobs, employers would have to offer wages at least as high as the living wage offered by the ELR program in order to lure workers. For Wisman, whose other area of concern is workplace democracy, his ELR proposal would “change the power between labor and capital dramatically.” An employer can still fire you, Wisman says, “but you won’t have as far to fall. Part of what I see as the outcome of this," he adds, "is that employers would have to improve the quality of the workplace for employees.”

One particularly elegant aspect of Wisman’s proposal is that it eliminates the need for most current safety net programs—greatly simplifying government functions. With everyone who is willing and able to work guaranteed a living-wage income, there should be no need for food stamps, housing vouchers or similar government supports, except for the disabled.

For Wisman, work is key: it lends dignity and meaning to life. “We all must work,” he says. “Nobody gets a free ride.” He feels that his proposal is fully in keeping with such American values as self-reliance and reward for merit. He reads the childhood Golden Book, The Little Red Hen, to his students, with its moral, “if any would not work, neither should he eat.” Predictably, he is no fan of a guaranteed basic income. In regard to those unwilling to take part in work and reskilling, Wisman is unsentimental—they would be on their own.

Wisman concedes that government will be challenged to find jobs that do not compete with private enterprise, but with so many social needs unmet—from tutoring and elderly care, to infrastructure rebuilding and the upkeep of public spaces—he believes that appropriate opportunities can be found by local governments. He also acknowledges that his system will be challenged by the “hard to employ,” those with behavioral issues, substance dependencies and the like. But one of Wisman’s favorite phrases is, “No Utopias.” He recognizes that the system he proposes would require a great deal of fine tuning in its practical application.  “Everybody gets a job,” Wisman says, “and we set ourselves on a course to workplace democracy. I think this is as close to Utopia as we can get.”