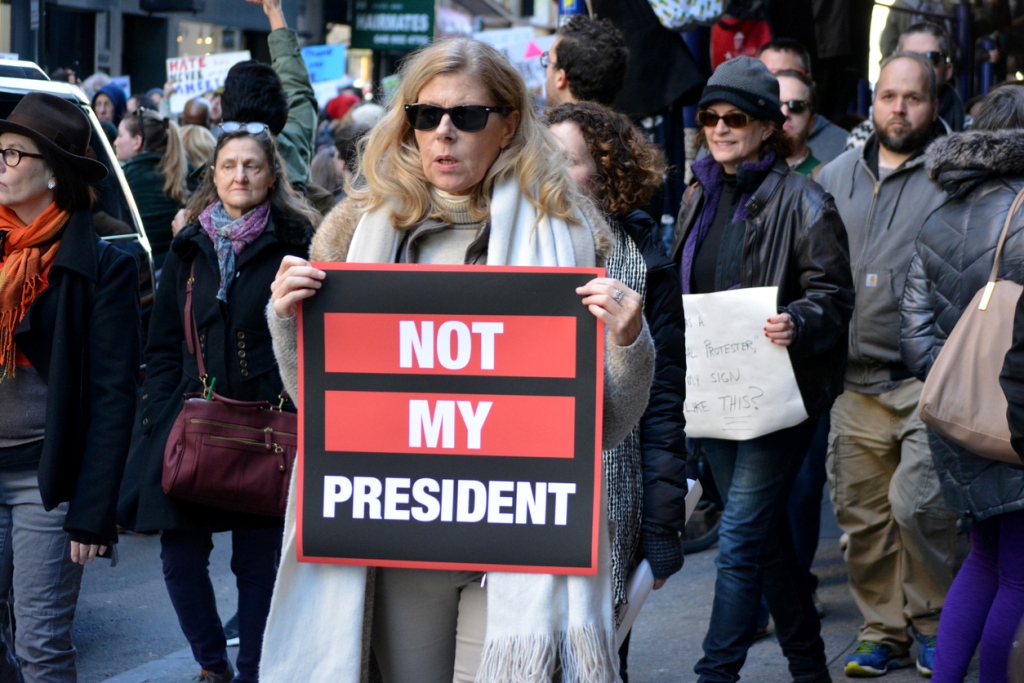 Sexism in the Age of Trump, Part 2

Related story: Sexism in the Age of Trump: Part one

Women on the political left are beyond horrified that Donald Trump and Mike Pence are setting the examples for how the nation’s men may treat women. While Pence avoids women, fearing they will lead him astray, Trump has treated women with lecherous contempt, bragging of his sexual prowess and conquests. Pence calls his wife “Mother,” Trump locks his third in a golden tower far away.

These two men’s behaviors are bizarre at best, depraved at worst. And political correctness should not keep us from pointing that out.

The War on Women is now a full-blown reality. It’s time to bring out our big guns, to be those “nasty” women we claim to be. But first, we must absorb the magnitude of what we’re fighting for and why. It’s bigger than most women realize.

Yes, we fight for working women—for jobs, careers, equal pay and opportunity, affordable childcare, parental leave. We fight for victimized women—to stop their harassment, abuse, assault, rape, trafficking, exploitation, and murder by men. We fight so our lesbian sisters can be married with benefits and our Latina sisters can stay in the same country with their children. We fight for healthcare. And of course, we fight for our right to choose when to reproduce and how our destinies will unfold.

We fight for all those things, just as we have for nearly sixty years. But this time is different. This time we fight for the intangible—our psyches, our souls—the right to believe in our innate value and our god-given “goodness.” Because not so long ago, that right barely existed. And where it did, society often exacted a hefty price.

An inconvenient truth of progress is we forget how things were before we moved forward. That’s not a memory loss women can afford today. There are people—men and women—who would take us back to a time before our “liberation.” They have been working for this moment since the ’60s, on both political and theological fronts. Now they are in charge.

So, yes, we must fight. We can fight in tandem with saving the planet, preserving education, halting deportation, and everything else. But first and foremost we must fight for ourselves. We must be feminists again. Because the way it is today is not how it always was. And returning to the past is not an option.

Most feminists who remember how women’s lives used to be grew up in the ’50s and ’60s. We are the baby-boomers of the post-World War II women—daughters of Rosie the Riveters who had given up their wartime jobs so returning soldiers could work…offspring of the women who had to keep working, many of them widowed by the war and left with young mouths to feed.

Many of us baby boomers grew up in newly planned territories called suburbs, in “little boxes made of ticky-tacky that all looked just the same.” And in those boxes, at home all day after day, were our housewife-mothers—colorful and smart women who had done their part to serve their country but then been exiled to live outside the worlds men were privy to.

The lives of our housewife-mothers were scripted, directed, and judged by men. A wife was to feel happy about the new vacuum that would streamline her work. She was to be grateful for the television that made ironing less boring. She was to be utterly devoted to her children and abide by hubby’s rules in rearing them.

In the baby-boomer era, housewife-mothers were “distinguished” by their children’s behaviors and their husbands’ achievements. Rarely did a woman stand out in her own right. And at day’s end, untold numbers of women were left wondering, “Is that all there is?” For some, the discontent led to drinking and depression, others developed ulcers and migraines. Meanwhile, male doctors said they were hypochondriacs or neurotics—labels men were all too happy to laugh at, criticize, and use against women.

Whether our housewife-mothers lived in suburbs, on military bases, in cities, or on farms, this male dominance was the framework for every aspect of American society. And the scary part was the future looked just as bleak for us baby-boom daughters.

Then came Betty Freidan’s 1963 book The Feminine Mystique, which identified “the problem that has no name.” The problem was the insidious beliefs and institutions that undermined women’s confidence and kept them in the home. It was the traditional codes of behavior related to sexuality and relationships.

Freidan posited that the more education and ability a woman possessed, the more she suffered from “the problem” and the more likely she was to feel unfulfilled. In short, Freidan removed the constrictive shroud around women and told them they had other options in life besides or in addition to being housewife-mothers.

This one book, this singular thesis ignited a “sexual revolution.” And as women—mothers and daughters—took control of their bodies and selves, they became increasingly aware and politically active. They stood up for civil rights and saw three beloved leaders slain. They took to the streets to protest war and publicly mourned the lives it cost their friends and family. They became pot-smoking hippies who spoke of flower power and sang of peace and love. They went topless at Woodstock. And they finally got Congress to put through the Equal Rights Amendment, which had been introduced into every session since 1923.

In short, today’s elder feminists started what was, perhaps, the most significant social transformation of the 20th century.

Not all women found Freidan’s book liberating; in fact, many were angered by it. For them, the book implied that wives and mothers could never be fulfilled. Equally angered were the men who had a vested interest in keeping the status quo. Together, both women and men engendered a backlash against feminism in which sexual freedom and equal rights were seen as threats to men, women, their children, society, and even the world.

That backlash arose from a political philosophy and theological belief we’re still battling today. The political philosophy, called traditionalist conservatism, gained U.S. popularity in the mid-1950s. It rejected individualism, liberalism, egalitarianism, modernity, and social progress. Perhaps most relevant for feminists is that traditionalists believe human society is essentially hierarchical. That, in turn, fits snugly with complementarianism—the theological belief that a Christian wife should submit to her husband the way the church submits to Christ.

As the ’60s became the ’70s, more and more conservative women rebelled against liberation and independence for their gender. They became activists in their own right, and their most vocal advocate was Phyllis Schlafly, a staunchly conservative constitutional lawyer and a frequent seeker of political office.

Schlafly became the face of the right’s opposition to feminism, abortion, and the ERA. She argued the ERA would take away the gender-specific privileges women enjoyed. Those included “dependent wife” benefits under Social Security, separate restrooms for males and females, and exemption from the Army draft. Given that by 1972 the ERA had been ratified by 28 of the 38 states needed, it is not hyperbole to say the reason ratification suffered defeat was Phyllis Schlafly.

The 1970s’ resistance to women’s liberation, independence, and equality has grown massively over the past 45 years, with Schlafly leading the charge most of the way. In 2013, for instance, she spurned the Violence Against Women Act (VAWA), writing:

[VAWA’s] fundamental assumption is that men are naturally batterers and women are naturally victims. In other words, men are always guilty, and women must always be believed without fear of being punished for perjury….Instead of promoting divorce, breakup of marriage, and hatred of men, VAWA should be revised to encourage counseling when appropriate and voluntary.

Schlafly died in September 2016 and may well deserve credit for fighting better than we feminists have. Meanwhile, for us older feminists—the ones in the crone stage of our lives—the fight has spanned nearly 55 years. The history of the battles lives not just in our personal memories, but in the microscopic spaces between every cell in our bodies.

My own feminism was born in 1969, soon after the “revolutionary” Pope Paul VI issued his landmark encyclical “Human Life.” The letter reemphasized the centuries-long dictate of the Catholic Church that using contraception to prevent new human beings from coming into existence is always wrong.

At 18, I wasn’t exactly sexually active. Still, I realized the Pope’s ban subjugated women to men and defied common sense. I resented the Pope, a man, telling me I had to be a “good virgin” to be loved by God. So I left the Church—unaware that in the same year, Mary Magdalene was cleared of being a prostitute. Suddenly, she was deemed a “good woman.”

Much later, when I learned of Mary’s absolution, I was struck by a sudden awareness. Having been reared to please others (isn’t that akin to what prostitutes do?), I had spent my life searching for love, acceptance, and validation from others. It had never occurred to me that I deserved those gifts naturally, just by virtue of being human. It never occurred to me that I was, am, and always will be “good.” That I, like Mary Magdalene, have an innate worth, a piece of the Divine inside me. That I am sacred.

Coming to that awareness is how I grew to understand the truest meaning of equal.