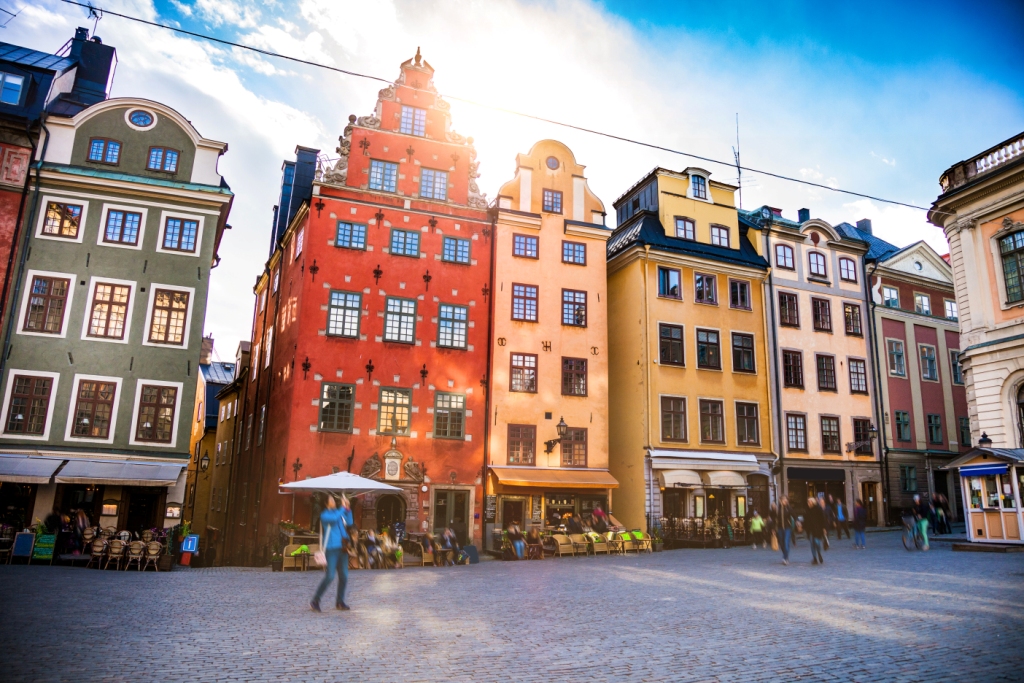 The "Folk Home": Haljmar Branting, Per Albin Hansson & the Creation of Social Democracy in Sweden

Sweden has long been a bellwether of social democracy. The following excerpt admirably sums up Sweden’s accomplishments:

Once one of Europe’s poorest countries, in the post World War II decades Sweden evolved into a slum-free, affluent, egalitarian full employment welfare state, with a strong commitment to work for all and women's equality –the poster child of advanced welfare states. Income differences narrowed dramatically and poverty was nearly eliminated. Labor-management cooperation, high union density, high taxes and (except for a few years) Social Democratic political dominance, were the norms. A strong commitment to the welfare state and jobs for all eventually cut across political party lines.

Full employment was a national ethos and the top priority of economic policy. Swedes considered jobs the key to a normal life and the economic foundation of the welfare state. Sweden's benefit programs were developed to meet virtually all contingencies and include, among others: pensions; support for the unemployed that includes benefits, job training, retraining and job creation; disability and sickness benefits; health care; parental leave; child allowances; financial assistance for families with disabled children; and decent housing for all. Social provision of high quality services for the elderly, children, the ill and disabled greatly expanded the public sector and paid jobs for women. Swedish women have among the highest labor force participation rates in all the OECD countries. [2]

The Swedish accomplishment in building a fairer and more humane society is truly remarkable. Not surprisingly, Sweden’s success did not come automatically, but was the result of intelligent decisions made over the course of more than a century by Swedish statespersons dedicated to the common good. In this article we will look at the inception of social democracy in Sweden, and more particularly at the careers of Haljmar Branting and Per Albin Hansson, the two great figures of Sweden’s early social democratic movement.

To place the development of Sweden’s social democratic polity in context we must go back to the very different conditions of the early 20th Century. The political right across Europe was still represented by large landowners and aristocrats, as well as the new titans of the industrial age. On the left, fringe parties dedicated to the ideas of Karl Marx made common cause with factory workers, convinced that the road to progress lay in replacing capitalism with a command-and-control economy under a “dictatorship of the proletariat.” In many Western European nations, bourgeois parties had made progress toward a leveling of political power with such measures as widening of the franchise, but the prevailing economic arrangements of laissez-faire capitalism were little changed from a generation earlier.

At the turn of the 20th Century Sweden remained politically backward, its monarchy and aristocratic ruling class still largely in place. While socialist parties elsewhere in Europe, where the basics of parliamentary democracy had been achieved, focused on “class struggle” and the overthrow of capitalism, Swedish socialists were still immersed in the struggle to achieve voting rights. This brought Swedish socialists into alliance with the Swedish Liberal Party, a middle-class block that shared the socialists’ push for broadening political power but did not share its interest in overturning existing economic arrangements. This early marriage of convenience between Swedish socialists and non-socialists set them apart from other parties in the Socialist International, who were generally loathe to partner in any fashion with the hated bourgeoisie and who in any case denigrated democracy as a tool of capitalist manipulation. Hjalmar Branting, the legendary leader of Sweden’s Socialist Party for two decades, described the situation like this:

In a backward land like Sweden we cannot close our eyes to the fact that the middle class increasingly plays a very important role. The working class needs the help it can get from this direction, just like the middle class . . . needs the workers behind it in order to be able to hold out against our common enemies. [3]

This penchant for pragmatism set the Swedish left apart from socialists throughout the rest of Europe. Though he considered himself a true socialist, Branting had remarked in 1906 that then-contemporary socialism, while preserving the “essentials” of Marxism, “does not swear by the master’s words as infallible” and argued that increased political participation of the working class made it possible to advance toward socialism through democratic, as opposed to revolutionary, means. While socialist parties elsewhere in Europe, relying upon Marx’s theories, waited for capitalism to collapse from its “internal contradictions,” Sweden’s SAP committed itself to using the democratic process to ameliorate conditions for the average Swede. Under Branting’s leadership, the nascent SAP sought to advocate not only for the industrial proletariat, but also for the small farmers and middle-class workers scorned by doctrinaire Marxists.

Universal sufferage was finally achieved in 1907, and the SAP’s pragmatic, big-tent approach increasingly appealed to  Swedish voters: the party was the big winner in the 1917 parliamentary elections, gaining 31% of the vote as against the Liberal’s 27%. Again diverging from an orthodox Socialist International position, the SAP formed a government with the economically orthodox Liberals; working together, the coalition partners were able to defeat conservative and crown opposition and dismantle the remaining impediments to full parliamentary democracy. This decision to work with the non-socialist Liberals alienated the party’s die-hard Marxists, and they departed to form the Swedish Social Democratic Left Party. Then, when the SAP pushed for economic reforms beneficial to the working class, the Liberals bolted as well, inaugurating more than a decade of fragile and short-lived minority governments.

The twenties in Sweden were marked not only by political instability but also by economic hardship: the post-war adjustments that led to Germany’s famous hyper-inflation also affected the Nordic countries; the Great Depression exacerbated these issues. In Sweden, as elsewhere in Europe, strongly nationalistic voices called for authoritarian leadership to deal with the instability and suffering created by unregulated capitalism.  Rudolf Kjellén, the most prominent among them, chastised the SAP for fostering divisiveness in championing working people against the reactionary propertied class. Defending the SAP against such charges, Per Albin Hansson, who became the SAP’s leader in 1928, countered that “the most patriotic act is to create a land in which all feel at home.”  This concept—of a folkhemmet, or “people’s home”—was to become synonymous with Swedish social democracy; Hansson’s 1928 speech to the Swedish Riksdag, in which he expounded on the idea, is perhaps the most famous oration in social democratic history:

The foundation of the home is community and solidarity. The good home knows no privilege or neglect, no favorites and no stepchildren. There, no one looks down on another, no one strives to gain advantage at the expense of others, the strong do not repress and rob the weak. In the good home equality, thoughtfulness, cooperation and helpfulness prevail. Applied to the great people’s and citizens’ home this would mean the beakdown of all social and economic barriers that now divide citizens into privileged and deprived, into the rulers and the ruled, into rich and poor, the propertied and the destitute, the robbers and the robbed. Swedish socity is not yet the good citizens’ home . . . If [it] is to become [so] class differences must be banished, social care must be developed, there must be an economic levelling out, the workers must be accorded a share on economic administration, democracy must be introduced and applied to social and economic life. [4]

Branting and Hansson had the good fortune to be surrounded by brilliant theorists who shared their pragmatic attitude to achieving a better life for all Swedes. Economist Gustav Moller stressed the need for increased economic production as opposed to mere redistribution of an inadequate economic base. Nils Karleby, whose book Socialism in the Face of Reality was highly influential in the Swedish labor movement, developed the important insight that the state need not own the “means of production” in order to influence society’s economic dynamics: government regulatory and tax policies could achieve the same effects without the loss of creativity attendant upon command-and-control economies. Finally, Ernst Wigforss, who served as finance minister from 1932 to 1949, applied a Swedish version of Keynesianism to stimulate demand during the Depression years.

Under Hansson’s leadership, and inspired by these theorists, the SAP urged active state measures, such as work relief programs, to ease the impact of the Depression on average Swedes. Swedish voters responded enthusiastically: the SAP achieved 42% of the vote in the 1932 parliamentary elections. Reaching out to blocks shunned by other European socialists, like farmer-proprietors and knowledge workers (“it does not differentiate between . . . workers of the hand and workers of the brain,” Wigfors said of the SAP program), the SAP was to dominate Swedish politics for the next generation and beyond, building the mature social democracy that is so admired today.

[Note] This article largely follows the account given in The Primacy of Politics, Sheri Berman, 2006, Chapter 7.